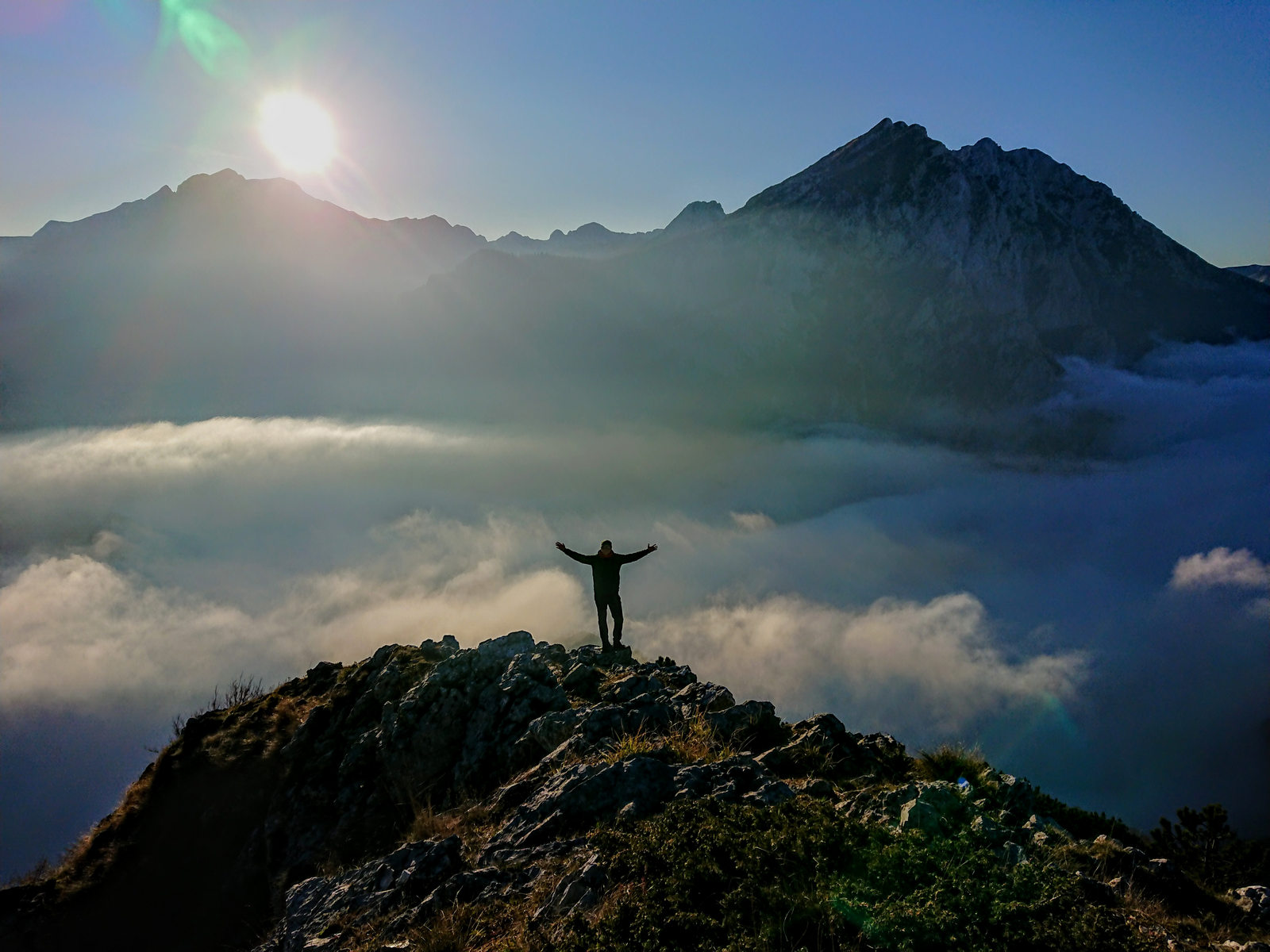 People have a strange need to strive in life to reach some existential peaks, which become much more valuable than life itself. And I, since I know for myself, true freedom and peace feel only when I conquer another new mountain peak. For me, hiking is the best way to achieve unity of body and spirit. And up at the top, the heat turns into light, the lungs breathe like never before, and an incredible sense of peace and connection with nature begins to permeate the entire body. There is no further ... That feeling cannot be replaced or compared by anything.

If you want to visit the Sutjeska National Park for the first time, know that the area of the municipality of Foča and beyond is adorned with large mountain massifs, which belong to the Dinaric mountain system and are waiting to be conquered by another mountaineering enthusiast. I don't remember how many times I sat on the top of Maglić mountain, mostly in Bosnia and Herzegovina, or visited the lakes of Zelengora, conquered Volujak, Bioč, Ljubišnja, Lelija for who knows how many times… But every summer I repeat it again, because only worse on top of life it gets the real meaning and changes you for the better, you start living in harmony with nature.

My recommendation for all of you are the following mountain areas:

Maglić (2386 m) is the highest peak in Bosnia and Herzegovina and is located 20 km southwest of Foča on the border with Montenegro. It is bordered by the river Sutjeska in the west, the mountain Volujak in the southwest, the river Drina and Piva in the northeast, and the mountain Bioč in the southeast. The fog is composed of Permian rocks, Mesozoic limestone, diabase, and malafir, and glacial traces are visible. It is overgrown with beech and coniferous forests. The upper forest border is at about 1,600 m, and above that height is a plateau with pastures and numerous ridges and heights. The most famous plateaus are Vučevo (with the peak Crni Vrh), Rujevac, Snježnica, Prijevor, Mratinjska Gora and Carev do. Fossilized remains of extinct ammonite cephalopods can also be found on the rocky slopes of Maglić.

Zelengora, a beauty above beauties, a mountain with an endless forest complex and pastures, rocky peaks, very rich flora, and fauna, and nine beautiful lakes, rightly bears the epithet of the most beautiful mountain in BiH. It is located within the National Park "Sutjeska" and is bounded on the north by the Jelec mountains Husad and Radomišlja. From the northwest Lelija, Zagorje, Vučije hill, and Oblje. From the west, southwest, and south of the upper course of the Neretva, Gredelj, the mouth of the Jabušnica, Sutjeska, from the southeast and east the canyon of Sutjeska, the river Sutjeska, the mountains Volujak and Maglić. From the northeast, the mountain Malusha. The highest peak is Bregoč (2014 m), and the entire Zelengora complex covers about 150-160 km2.

Ljubišnja (2238 m) is located on the border with Montenegro in the immediate vicinity of the Tara canyon, from which the peak of Radovina separates. Between Ljubišnja and Radovina there is a spacious grassy plateau - Konjsko polje, very rich in water from where the river Draga originates, which flows into Tara, along the way making a very beautiful canyon.

Volujak is also located on the border with Montenegro and its highest peak, located at an altitude of 2336 m, belongs to Montenegro. Volujak is on one side a very steep elongated grassy slope while on the other it is an impressive rocky and inaccessible massif. It is surrounded by the mountains Maglić, Bioč, Lebrešnik, and Zelengora.

Bioč is a mountain that belongs to Montenegro and its peak Veliki Vitao with its 2398 m is the highest in this area. It is very attractive for mountaineers and alpinists at any time of the year. It is located between Volujak and Piva Lake and partly relies on the Maglić massif.

Due to its exceptional beauty and attractiveness, this whole area is visited every year by a large number of mountaineering enthusiasts, alpinists, scientists, and nature lovers in general. Each of us finds ourselves again and gains much more strength and will for some new challenges.