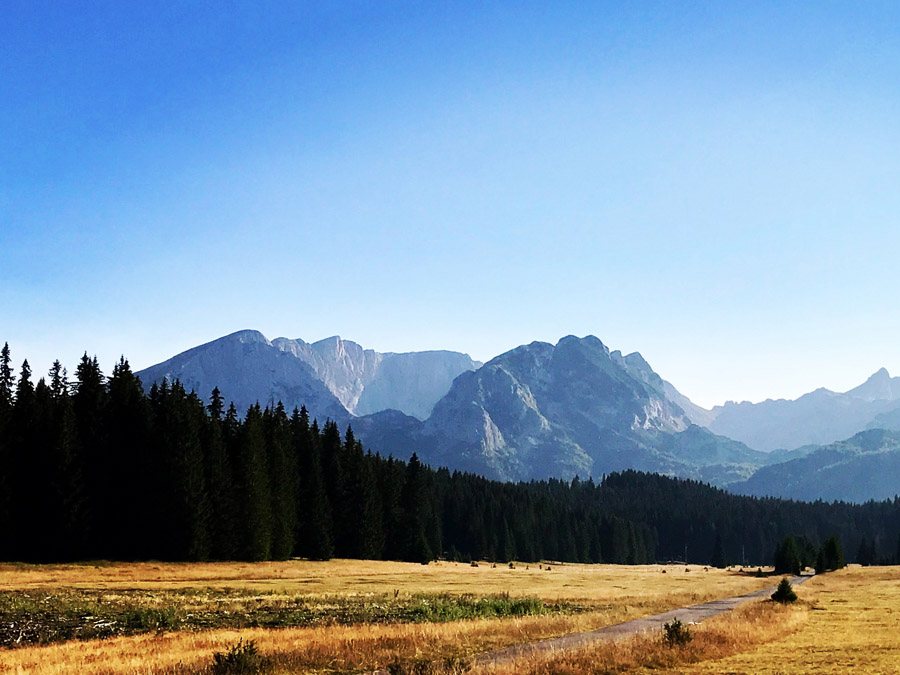 Did you know that Durmitor comes from the Celtic words "dru mi tore" which means "mountain full of water"? Believe it or not, but on the Durmitor massif there are as many as 18 glacial lakes and many describe these areas as a rare and authentic work of nature. Due to its beauty, in 1952 it was declared a National Park in Montenegro.

Located in the northwest of Montenegro, the park includes the basic massif of Durmitor with the canyon of Tara, Draga, and Sushica and the upper part of the canyon valley of Komarnica, occupying an area of 39,000 ha. Due to the natural beauty, ambient and cultural values of Durmitor and the Tara River, in 1980 in Paris the Durmitor National Park was included in the World Cultural and Natural Heritage List, while the Tara River and its canyon valley were included in the UNESCO program "Man and Biosphere". In 1977, it was included in the world's ecological reserves of the biosphere.

The main feature of the relief of the Durmitor area is a spacious plateau at 1500 m above sea level, which is cut by deep canyon valleys and from which rise imposing mountain peaks. As many as 48 of them have over 2000 m above sea level, and the highest peak is Bobotov Kuk with 2523 m.

Durmitor is also known for its glacial lakes. Of the 18 lakes, the largest and most attractive is Black Lake, surrounded by magnificent forest landscapes above which the peak of Medjed rises majestically. The lake is only 2 km away from the mountain town of Zabljak, which is also a famous winter tourist center of Montenegro. Near the Black Lake, there is Zminje Lake, surrounded by a century-old spruce-fir forest, and Barno Lake, in the middle of a spacious peat bog (wet living environment) surrounded on all sides by a coniferous forest.

In a series of hydrographic pearls of Durmitor, with their beauty and wild surroundings, the following stand out: Škrčko Lake (chained by ice and snow until mid-July), Zeleni Vir, lakes Modro, Vražije, and Riblje.  Among the most beautiful decorations of the park are the clear, mighty rivers that have given this area magnificent canyon valleys. The Tara River is especially impressive, both for the beauty and movement of its waters and for the depth and landscape of the canyon, making it one of the most beautiful in the world.

Due to the richness of flora and fauna, the complexity of ecosystems, and the presence of over 1300 species of vascular plants, the National Park "Durmitor" is an exceptional natural value and a lasting inspiration for scientists and nature lovers. In its area, there are real rarities of nature such as black pine forests up to 50 m high. They are located on the Crna Poda site and have withstood the test of 400 years, which is why this site has been declared a strict nature reserve.

Durmitor National Park abounds in a significant number of cultural monuments from the ancient period to modern times: the ruins of cities and fortifications, bridges and watchtowers, necropolises with stećak tombstones, and monastery complexes in the Tara River valley. As examples of ethnological heritage, it is important to mention the types of rural houses, the so-called "Savardake" and mills scattered on katuns and Durmitor streams.

Our ancestors lived in some of these houses, and we are there as in our own house, so we will be very happy to explore and enjoy the natural beauties of NP Durmitor together with you.