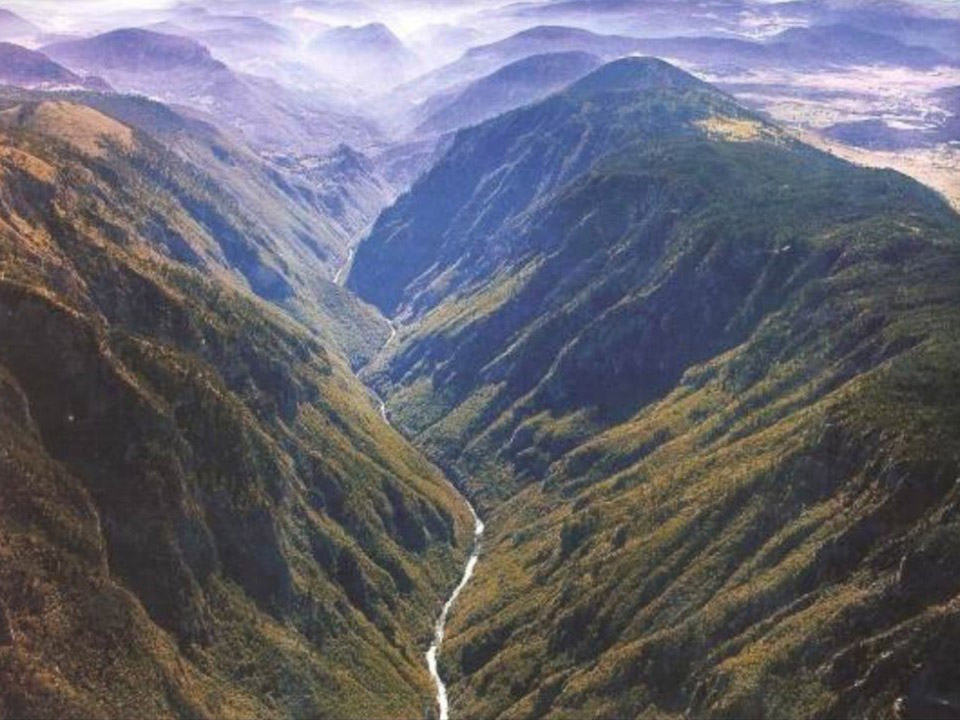 For us, who live in Republika Srpska, the Tara canyon is not only the largest in Europe or the second in the world, a mountain beauty or the "tear of Europe". Canyon Tara is both Montenegrin, but also our "tear of Europe". More precisely, for decades, it has been the natural border between the two territories, and today the state - Bosnia and Herzegovina and Montenegro. The last third of the canyon belongs to both countries, and the largest number of rafting descents takes place on that section from April to October.

Why am I emphasizing this? Believe it or not, in the year of the pandemic, when the borders between the ex yu republics closed and reopened every 2-3 months and when during the summer we were open only to guests from Serbia, Montenegro, Slovenia, and Croatia, I met with knowledge that many guests want, but do not plan to come for rafting, because they think that the Tara canyon is exclusively in Montenegro, which kept the borders closed for all of them. At first, I thought it was a coincidence, and that it was a lone case, and then that misinformation spread worse than a virus lurking invisibly.

Our entire team was given the task of emphasizing accurate information, both among the guests who were already in the camp, and those who would invite and inquire about vacation options. Whatever the guests were looking for, we found a way to get such important information through our ears - the fact that Tara is also our "tear of Europe" and that we have been rafting guests in that canyon for two decades.

Little is known, but once rafting existed only on the river Drina, with wooden rafts, and the only thrifting of logs was done through the Tara canyon, until 1970. Today, rafting in the Tara canyon is a combination of unforgettable adventure and active vacation, which is an experience that is remembered and retold for every person.

The river Tara springs in Montenegro, below the mountain Komovi, and originates from two small rivers - Opasnica and Veruša. The canyon is located in the northwest of Montenegro and is about 149 km long, with a depth of 1000 to 1300 meters. It is the second deepest canyon in the world, after the Colorado Canyon in the USA, which makes it the deepest and sharpest river valley in Europe.

Yes, it is true that Tara is the longest Montenegrin river. As many as 2/3 of the canyons are located exclusively in Montenegro, while the last 50 km of the canyon, Tara is the natural border of BiH and Montenegro and belongs to both countries. Compared to the desolation of the Grand Colorado Canyon, the Tara Canyon acts as a rainforest area. It is dominated by the light green color of lush deciduous vegetation and the dark green color of conifers. The Tara River receives its tributaries mostly from the mountains of Komovi, Sinjevina, Durmitor, and Ljubišnja. On Šćepan Polje - the border crossing of Montenegro and Bosnia and Herzegovina, the Tara meets the Piva River, forming the mighty blue-green river Drina. From there, some 5 km down the Drina on the right side, there is our rafting camp Highlander.

On January 17, 1977, by the UNESCO program, the Tara River and its canyon were included in the list of "Man and the Biosphere" in the world's ecological reserves of the biosphere, and on September 4, 1980, as part of the "Durmitor" National Park, they were declared "World Heritage Sites". UNESCO natural resources ”, while fulfilling three conditions at the same time: geological, hydrological, and biological phenomena.

Tara has been explored by numerous experts and previous research has determined that there is a significant concentration of endemic species of plants and insects and in the canyon itself, as many as 80 caves have not been explored in detail so far. In some of these caves, the existence of cultural layers has been established, which is undoubted proof that prehistoric man lived in them.

The clear, green water of the Tara belongs to the A category, it is drinkable throughout its course (which is an exceptional rarity and you must try it), gives the canyon landscape freshness, radiance, and movement in an impressive riverbed design with its beeches, waterfalls, tributaries and other natural phenomena. which can only be found here.

If you don't believe us how magical it is, visit us and we will proudly show you our "tear of Europe"!