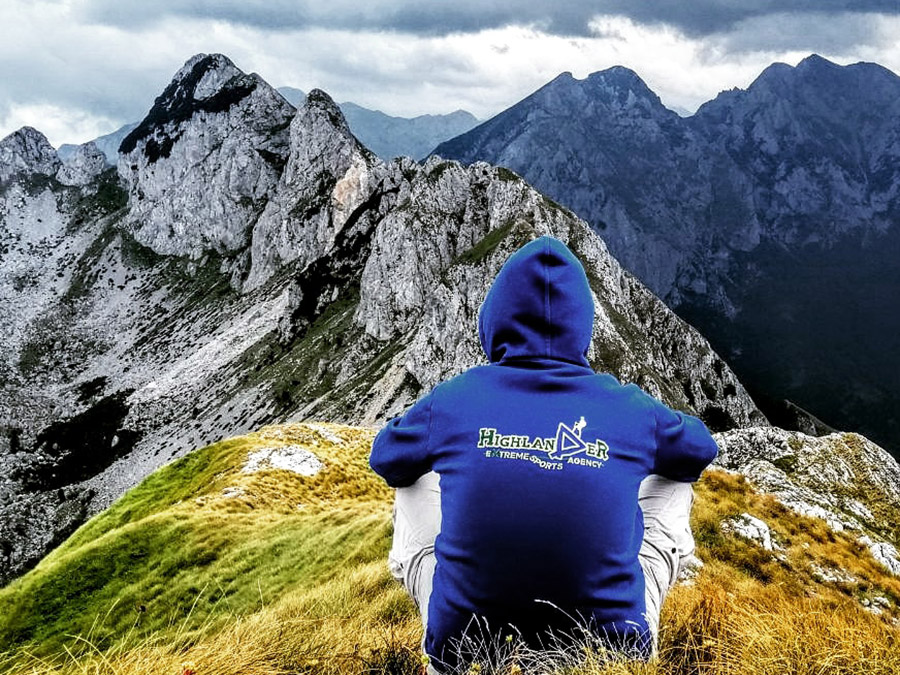 Kilometers of paved trails are behind me, but again and again, I return to the beauties of the national park "Sutjeska". This is where the love for nature, mountain peaks, glacial lakes, valleys, and canyons was born. So far, I have harvested more than 40 species of edible mushrooms (scientists claim that there are over 100). It was here that I first encountered rare species of birds, but also skillfully avoided close encounters with its wild inhabitants.

When this area was declared a national park in 1962, the most beautiful parts of the three Herzegovinian municipalities, namely Foča, Gacko, and Kalinovik, entered its borders.

The beauty of this area is reflected, above all, in the extreme diversity of landscapes - from gentle valleys, dense forest complexes, and vast mountain pastures to high, rocky mountain peaks and wild canyons. Landscapes perfect for long walks, mountain biking, touring glacial lakes, exploring wild canyons, and conquering mountain peaks.

The national park encompasses the wider Sutjeska River Basin area, including the strictly protected Perućica rainforest reserve, as well as parts of the Maglić, Volujak, and Zelengora mountains. It is closed from the east by mountain Piva and the river Piva to Šćepan Polje, and further along the Drina to the mouth of the river Sutjeska. To the west, the Zelengora massif is connected with Lelija, to the southeast Maglić, Volujak, and Bioč.

You have probably heard of Maglić because it is the highest peak in Bosnia and Herzegovina and a real treat for mountaineers. Little is known that the national park "Sutjeska" is a mountainous area with a number of peaks over 2,000 m. Maglić with its 2,386 m is the highest challenge among them. Here true nature lovers discover something miraculous and unrepeatable over and over again. That is why the traditional mountaineering excursions "Vidovdan hike to Maglić" and "Jelera Zelengora" are very popular, whose glacial lakes we call "mountain eyes" because of their beauty. These excursions take place at the end of summer, but with us, you can start conquering these areas as soon as the snow melts and the trails become passable.

For those who like rafting, canyoning, or just enjoy the beauty of waterfalls, NP "Sutjeska" hides many fast streams, crystal clear and cold springs, incredibly beautiful waterfalls, and wild canyons. The grandiose waterfall "Skakavac" in the Perućica rainforest will leave you speechless, and the amount of adrenaline in the Hrčavka canyon will leave you breathless.

Just when you come to yourself and get used to these natural beauties, you will realize that in this relatively small area, a huge treasure of flora and fauna is concentrated. And it's true! It is no wonder that for years this area was a destination for many scientists, botanists, forestry experts, geologists, zoologists… According to official data, NP "Sutjeska" has a rich hunting ground of 53,700 ha, and the total area of the park is 17,250 ha. Over 2,600 species of vascular plants are represented here, with a large percentage of endemic and rare species. The rich flora, scientists say, contains a list of over 100 species of edible mushrooms, as well as a large number of species from the so-called red list -  lists of rare, endangered, and vulnerable species. The animal world is also extremely rich. In dense forests and on mountain cliffs, depending on the time of year, you can meet almost all types of game, typical of the fauna of the Balkans. About 140 species of birds have been registered, and mountain streams and rivers are rich in the best river fish - trout.

In short - NP "Sutjeska" is a real treasure and a unique area of Europe, and we will take you on this adventure.